Watch the following video to know what Archana and her mother Sunita Paneru are upto:

It seems, Archana and Sunita are busy dancing in dance bars and entertaining the customers. At the same time, Sunita has registered a company named Sunita Creations. Under the company they are planning to organize a beauty contest among school-aged kids. There are no dates or the details of the contest. According to the posters they have released the contest is open to the kids of grade 6 to 8 (or grade 10, as one page says it is 8th and other says it is 10th). 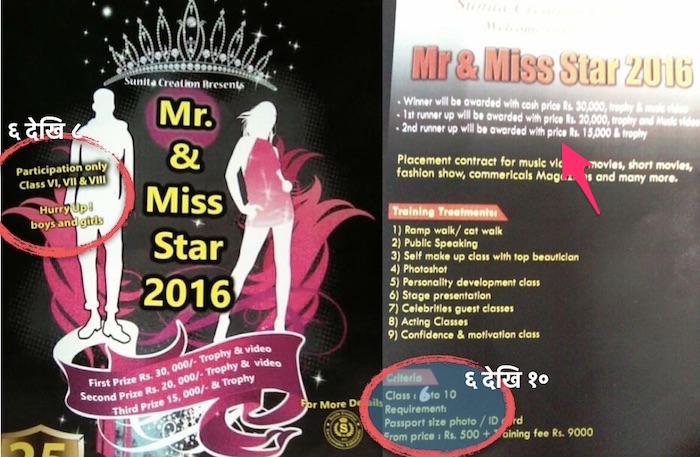 The words “prize” on the first page is correct but, the same word in the second page is spelled “price”.

Archana Paneru is named the manager and the choreographer of the contest. It is surprising that Sunita Paneru, the mother, is named the director of two music videos. 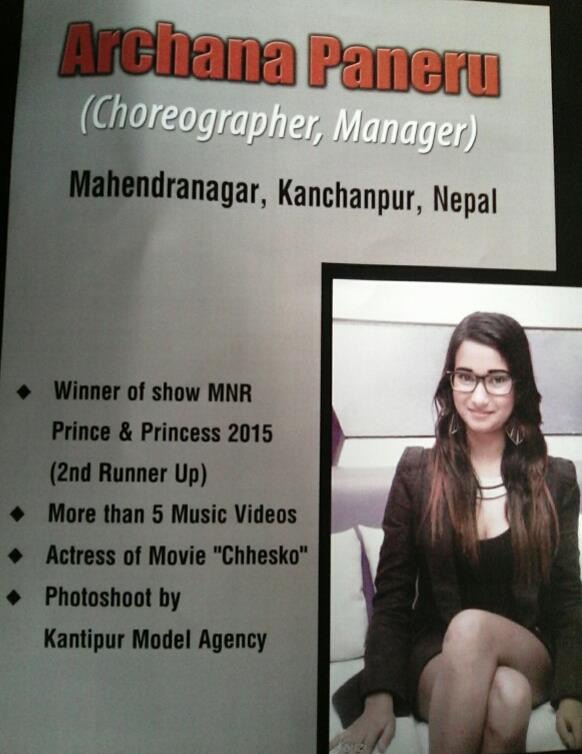 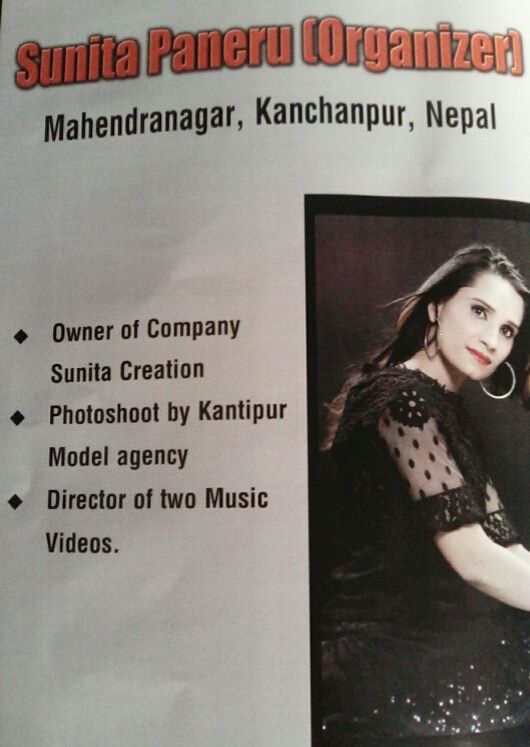