UPDATE: Federation of Nepalese Journalists has protested Sumina’s threat and asked her to realize her mistake and respond. If Sumina fails to respond to FNJ’s request, the journalist’s organization has decided to boycott the actress.

The actress of ‘9 O’clock’ Sumina Ghimire has threatened and bad-mouthed a journalist, Bijaya Awaj in response to an article about the failure of Sumina’s movies in theaters. In a telephone call Sumina had threatened to kill the journalist for writing bad stuffs about her. 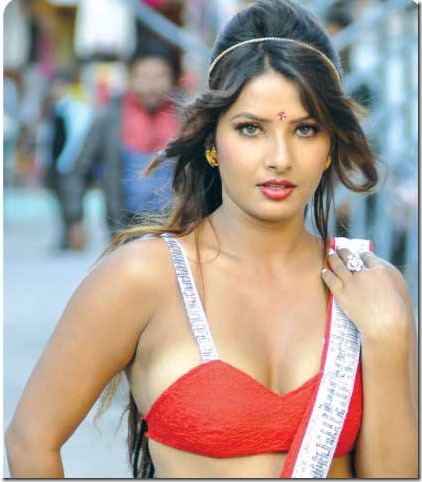 I a recorded conversation (attached below), Sumina seem to be very angry while the journalist had tried his best to remain calm.

Sumina made news when she announced that she is not a virgin although unmarried. Sumina has been making news for her alleged affairs with the producers of her movies. Last time Sumina was caught flying to Malaysia secretly with the producer of her recent release ‘9 O’clock’, Ramesh Sambedana.

The article that was published in onlinekhabar and caused this incident is attached below (in Nepali): 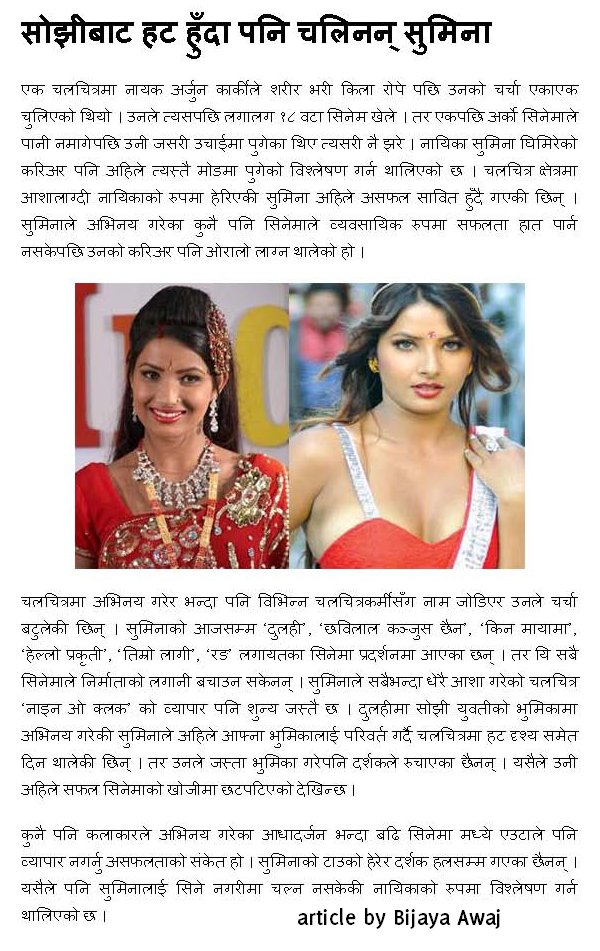 4 thoughts on “Actress Sumina Ghimire threatened a journalist, FNJ to boycott the actress”