Pooja Sharma celebrates her birthday on April 30 every year. In in interview in 2016, Pooja had told that that was her 26th birthday. By that math, this year in 2021, Pooja has turned 29 years old. 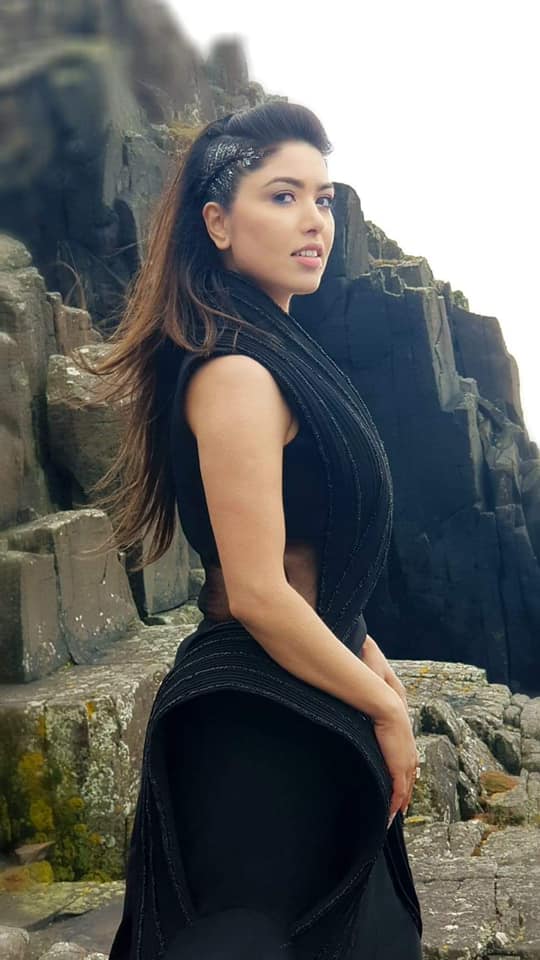 Pooja’s third movie was directed by late Alok Newang but it also featured Sudarsan Thapa opposite to Pooja Sharma. The movie ‘Ajhai Pani’ was released after the death of Alok Newang. Pooja’s fourth movie also featured Sudarshan Thapa as an actor – ‘Chankhe Shankhe Pankhe’. It was Pooja’s fifth movie, “prem Geet’ that has established Pooja as a successful actress. The movie was super hit movie and it followed another successful movie ‘Ma Yesto Geet Gauchhu’. The movies after that ‘Ramkahani’ and ‘Poi Paryo Kale’ were not that successful. Now she is waiting for the release of three movie – ‘Ma Yeasto Geet Gauchu 2’, ‘Samhalinchha Kahile Mann’ and ‘Samjhana Birsana’.

Pooja Sharma is considered one of the highest paid actresses of Nepali film industry. According to reports, she was offered 15 lakh for her role in ‘Samhalinchha Kahile Man’ and three lakh more in ‘Poi Paryo Kale’. In an upcoming movie she has claimed to receive 25 lakh. The movie titled ‘Man Paresi’ is yet to start production.

In addition to movies, Pooja Sharma is also a well known model in music video. She has been doing a lot of music videos during the lockdown. Pooja has told that she has made a lot of money from movie and she is now constructing her second home by her own income.

A very happy birthday to Pooja Sharma and we wish her a very successful next year. You can wish her birthday wishes in the comment section. Thank you.