On the election being held on November 19  in Nepal, Nepali actresses have asked everybody to vote. Many of the actresses were helping candidates in their promotion. 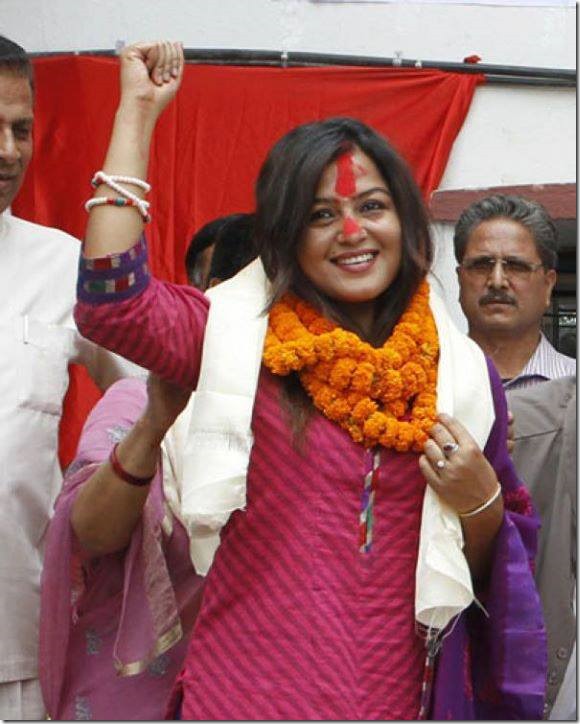 Actress Rekha Thapa had also participated in the election campaign but, when it comes to voting, she won’t be able to vote this year. That was because, Rekha’s name is not in the voter’s list.

That was the same reason Rekha’s candidacy was rejected by the election commission earlier. UCPN (Maoist) had recommended Rekha to represent the party in the Parsa constituency no. 1.

Although she won’t be able to vote in the election, she has asked everybody to use their rights to vote for the right candidate. She believes women leaders deserve to win in the election to raise women’s issues in the constitution.

2 thoughts on “Rekha Thapa won’t be able to vote”