Ex-husband and wife Chhabi Raj Ojha and actress Rekha Thapa are going to clash with their movies ‘Loafer’ and ‘Kali’ respectively in Dashain. On Shrawan 1st, the day Nepali people apply mehandi on their hands, both ‘Kali’ actress Rekha Thapa and  ‘Loafer’ actress Rajani KC wrote their respective movie’s name on their hand. Rekha simply wrote Kali on her right hand while, Rajani gave an artistic touch around the name. 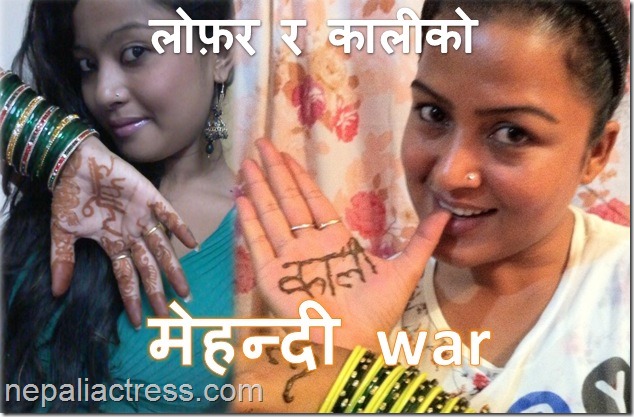 With these kinds of competition on promoting the movie, the clash between ‘Kali’ and ‘Loafer’ might be getting more interesting as the release date nears. We hope, they will give more artistic twists in the promotion of their movies.

Although the competition is good for the viewers, it might not be good for the film makers themselves. Even if both the movies are made good, the viewers are divided in two parts and the business hence gets halved. 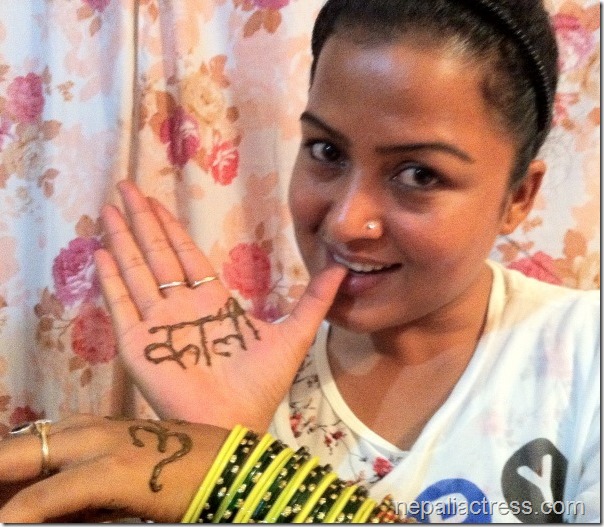 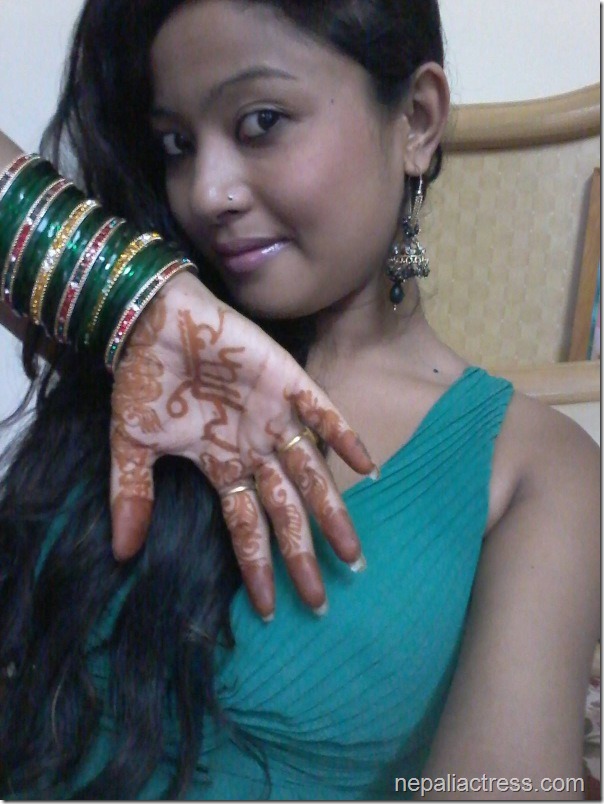 We had previously posted the personal profiles of actress Rekha Thapa and actress Rajani KC.