UPDATE: In a latest interview, Sudarshan told that he has already divorced his wife Ambika. He didn’t talk about his little son from Ambika, who lives in Canada.

This year had been full of celebrity marriages. Based on Facebook posts and various interviews of actress Rekha Thapa and her actor in ‘Himmatwali’, Sudarshan Gautam, one more celebrity marriage is likely in this year.

Sudarshan lost both of his hands in an accident in his mid-teens. He has overcome the difficulties caused by the lack of hand by using his feet instead. A resident of Canada, Sudarshan is also rumored to have invested in ‘Himmatwali’ to be featured as the leading actor.

The only problem in the relationship of Rekha and Sudarshan is Sudarshan’s wife Ambika Hamal and their little son. 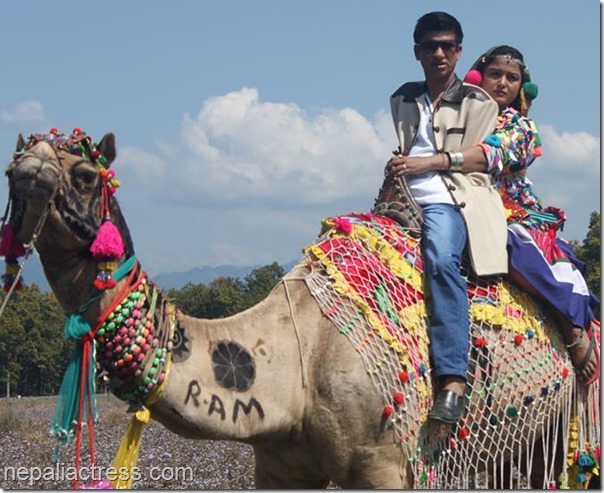 2 thoughts on “Rekha Thapa and Sudarshan, is it the next celebrity marriage?”